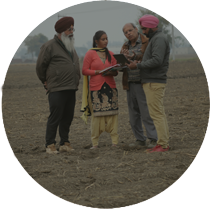 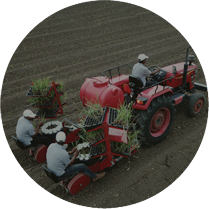 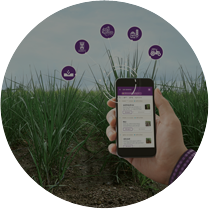 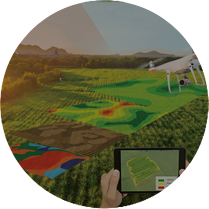 Agriculture in India is a dominant occupation and also an ancestral legacy, built on the unstinting hard work and passion of our farmers. The ‘Green Dawn’ of the 1960s was the first effort to advance the productivity of farming with modern mechanization and scientifically superior crop inputs. Farmers progressed and India became self-reliant on core crops. The ‘White Dawn’ era of the 1970s further advanced the farmer, transforming India from a dairy-deficient country to the world’s largest milk producer.

Today, with the largest farmer community and the second highest arable land in the world, making it one of the world’s largest food producers, Indian agriculture is on the cusp of a new era.

Krish-e proudly unleashes a new era of ‘Digital Dawn’, taking a quantum leap in advancing the Indian farmer and Indian agriculture. Through its digital agriculture services, Krish-e has the power to transform every farm with science and technology, boosting productivity and farmer income. We call this ‘Krish-e ka Digital Savera’.

Krish-e begins the era to create millions of champion farmers

To transform Indian agriculture through its expert agriculture consultant services, Krish-e aims to advance millions of farmers to get the highest from their farms. 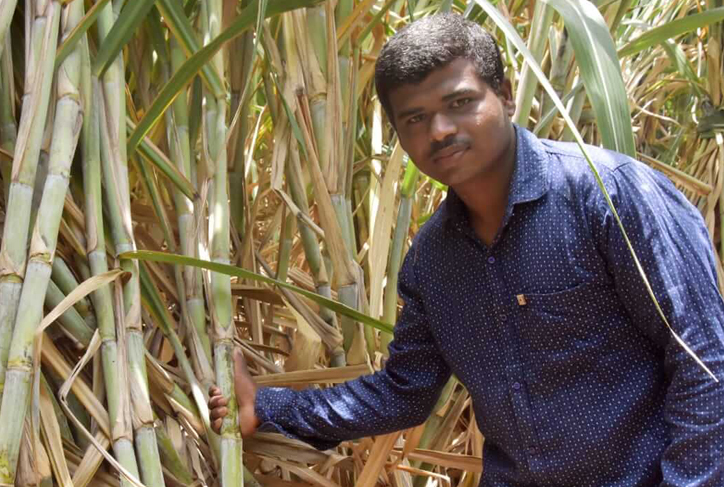 Mr. Kailas More, a Krish-e Takneek Plot farmer, hails from Aurangabad district of Maharashtra. 8 months ago, He adopted the Krish-e Sugarcane Digital Calendar for his crop. With the help of the Krish-e Advisory and app support, at present, his sugarcane crop has a node size of 7.5 inches and girth size of 3.5 inches. This is attributed towards good crop management practices like land preparation, seed selection, seed treatment, and so on which in turn has helped him save 12% of cost of cultivation as compared to the previous year.

Hailing from Sadobachiwadi Baramati village in Pune, Mr. Ankush Dodmise is a progressive farmer who makes use of Krish-e Sugarcane Digital Advisory to take care of his crops. He has gone through our periodical interventions such as land preparation, seed selection, seed treatment drendings of humic + phosphoric acid. With the help of all these techniques, at present he obtains a good number of tillers i.e., approximately 7-8 which in turn is rendering him up to 80% germination. 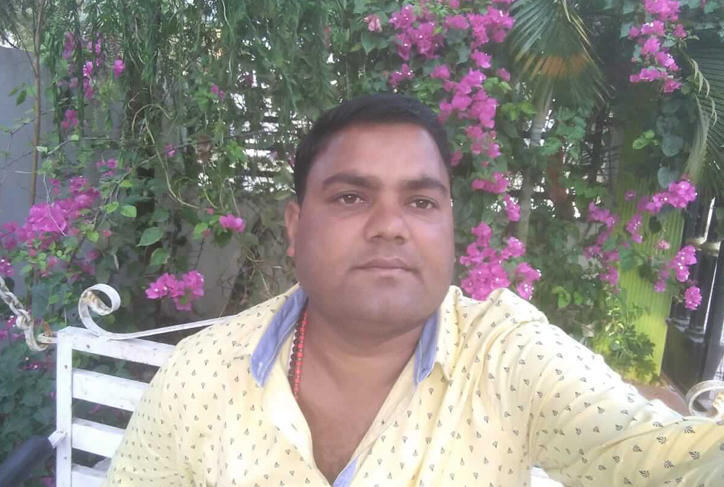 Mr. Dara Pratap Singh Raghubanshi from Gretiya Tehsil-Chaurai village in Chhindwara, Madhya Pradesh is a reformative farmer who has adopted mechanization practices with the help of the Krish-e team. The use of pneumatic planters has resulted in better sowing depth and precise spacing between seed to seed and row to row. The outcome is uniform germination and reduced costs in the production of hybrid maize seeds. 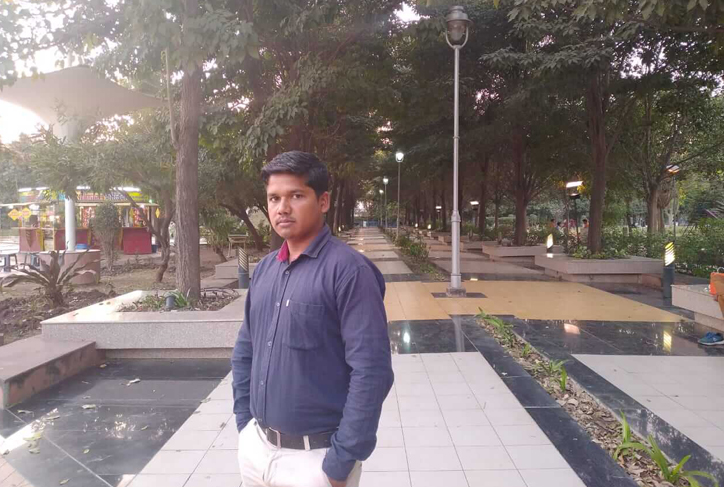 Meet Hemant Verma. He is a growth-oriented farmer from Hatoda village of Madhya Pradesh. With the aid and guidance of Krish-e Team, he has adopted Krish-e agronomical practices such as land preparation and harvesting. Using these practices has resulted in good growth of his crops and he’s expecting more yield as compared to last year. 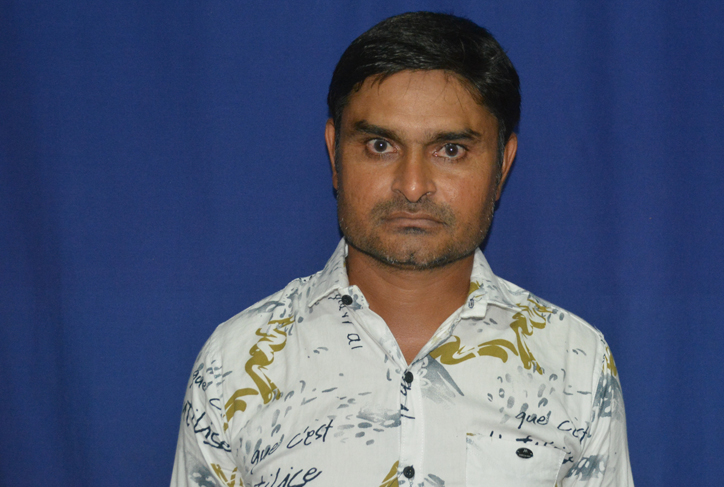 Initially, Mr. Manojbhai Ganeshbhai Bhesadadiya used to cultivate farms using traditional methods, apply flood irrigation, and not have much control over input quantity of chemical fertilizer, which in turn increased his cost of cultivation. But his adaptable attitude and willingness to learn new and innovative ways brought things into his favour. With the help and guidance of Krish-e Team, he has now installed MIS and also cultivates cotton based on agronomy services provided by KVK Crop care team in association with Krish-e. 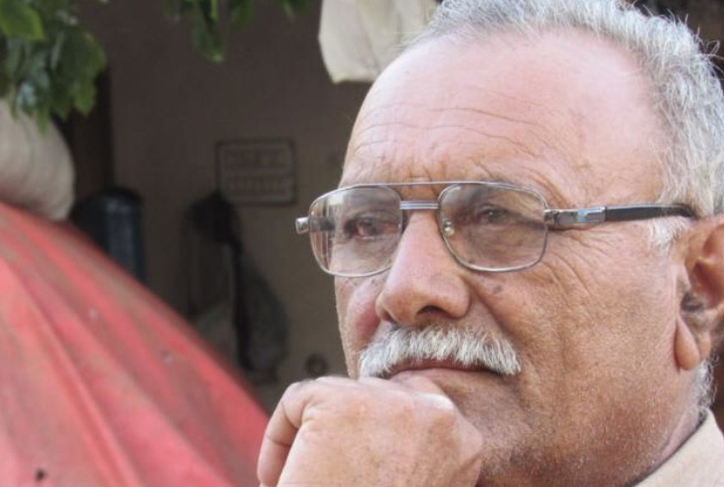 Using traditional methods and irrigation practices, Mr. Rameshbhai Gordhanbhai Chovatiya didn’t have much control over input quantity of chemical fertilizers which in turn increased his cost of cultivation. Also, the lack of rainfall and water source resulted in cotton output lower than his expectations. By imparting clear knowledge about how to cultivate cotton crops, various applications of chemical and water-soluble fertilizer, and time to time field visits from the Krish-e Team, today he is very happy with his cotton cultivation and his return on investment. Mr. Penuganti Paparao from Yendaganti village of Andhra Pradesh is a progressive farmer who follows advanced agricultural practices. With the help of Krish-e Team, he has successfully adopted mechanised rice transplanting methods in his fields along with the practice of mat nursery. The result – Increase in productivity from 3525 kg/Acre to 3750 kg/Acre

Krish-e Digital Farming will be established and implemented with an ecosystem of partners and services.

To help farmers realize the best potential from their farms, execution of modern farming methods along with optimal digital agriculture services is the key. From local ground support via dealers, rental entrepreneurs, and farmer ambassadors, to tech start-ups and input companies across the world, the Krish-e ecosystem is all-encompassing. Krish-e’s expert agricultural consultants combine a farmer’s experience with our expertise, to do things better, and deliver stronger results.

Krish-e Advisory Service helps farmers increase yield and income per acre, and reduce cultivation costs. Experts in our advisory team provide consulting services to the farmer across each stage of the crop cycle, helping them unravel productive opportunities from crop planning to harvesting. They offer the best agriculture consulting services and assist the farmers in using equipment and new technology on their farms.

Krish-e offers advanced farm equipment for rent to improve the productivity of farms.

Tractors and farming equipment have modernized in the last few years, thanks to technological advancements. We’re democratizing access to this high-end machinery to our farmers, through advanced agriculture equipment services. Krish-e makes end-to-end advanced machinery, right from land preparation to crop harvesting, available for rent through Krish-e rental services.

Farmers can avail themselves of machinery by reaching out to Krish-e Sahayaks or by visiting their nearest Krish-e centre.

With our agriculture equipment rental services, farmers can now use the most advanced digital farming solutions, irrespective of whether they have a few acres or a few hundred acres under cultivation. Download our apps to get access to innovative features and the latest agri-knowledge about our digital agriculture services. Smart solutions along with optimal soil fertility management deliver results that are infinitely superior, faster, and equipped to yield better crops with lower costs as compared to traditional methods. We provide a bouquet of solutions, ranging from smart fertilizing to smart harvesting, drone spraying, and soil mapping. Krish-e smart solutions can be used on farms of any size, and are available for purchase as full systems or on rental/subscription plans. This is real technology put to work for real agricultural challenges in order to deliver real impact. Take a tour of our 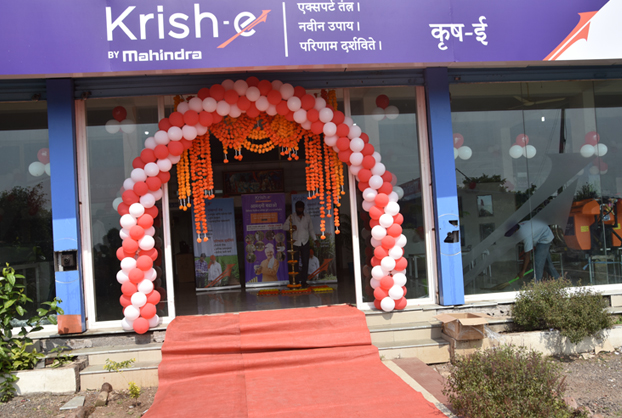 Importance of our partners All for one and one for all!

Famers power India and we empower farmers. Krish-e is a living body of partnerships of expertise and excellence coming together to serve every need of the farmer, using every opportunity to advance agriculture.